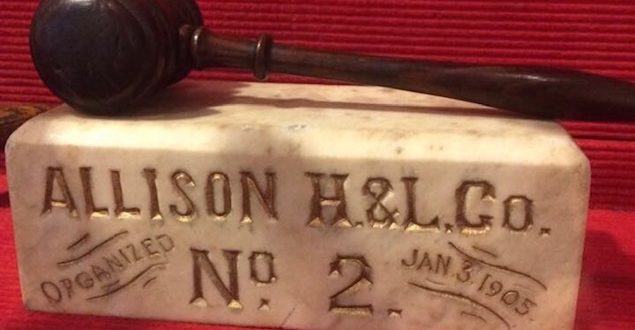 The members of the Allison voted for our Administration and Fire Line Officers for the coming year. Barry Buskey was again elected President. Don Moorhead was reelected Captain. Allison elects its officers in December for the coming year. Once elected, members assume their elected positions immediately.  Newly elected are Tyler Lloyd  2nd Lieutenant and John Peskie Trustee for a 3 year term. Delegates to the Harrisburg Firemen’s Relief  are Barry Buskey, Eric Carter and Chris Dieter.